Are we living in the Last Days? Where is the middle of the Bible?

How long were the people of Israel enslaved in Egypt?

The following chart (from my book The Times: a Chronology of the Bible) shows some of the major events during this period and shows the period that Israel was in Egypt from 1656 BC to 1446 BC, or 210 years. 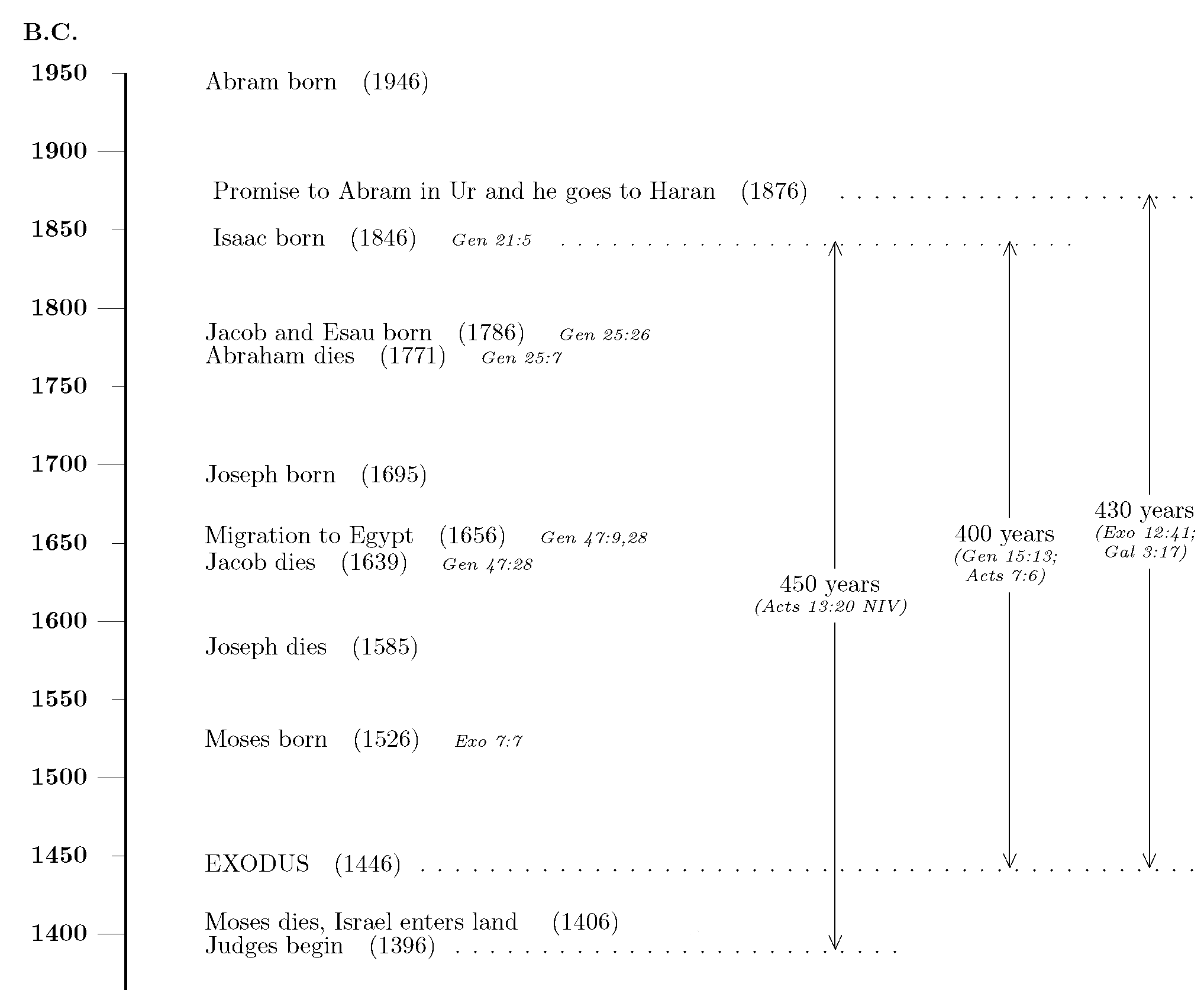 Some of the evidence for these dates is given below.

The date of the Exodus

Genesis 15:13 says that Abram’s descendants “will be sojourners in a land that is not theirs and will be servants there, and they will be afflicted for four hundred years”. Stephen repeats this in Acts 7:6. Abram’s descendants were in a foreign country from the time Isaac was born until the time they left Egypt, and for much of this time they were “afflicted”. Thus, there were 400 years from the time of Isaac’s birth to the Exodus.

Exodus appears to make the period in Egypt much longer:

However, the Septuagint (Greek Old Testament) and the Samaritan Pentateuch have this verse saying that this was the time Israel lived in Egypt and Canaan. This is most likely to be correct because in Galatians 3:17, where Paul discusses the promises to Abraham, he says that “the law came 430 years afterward”. The promise was first made when Abraham was in Ur of the Chaldees (Gen 12:1-2; Acts 7:2-3). Thus, the 430 years are from the time Abraham left Ur until the Exodus.

All this took about 450 years. And after that he gave them judges until Samuel the prophet. (Acts 13:20)

According to this chronology, Joseph entered Egypt in 1678 BC, four years before the Hyksos took control of the country. The Hyksos were largely a Semitic people who ruled Egypt from their capital in the Delta. They are held responsible for introducing the horse and chariot into Egypt. The fact that foreigners were ruling Egypt explains why Joseph, another foreigner, was able to rise to power as he did. After the Hyksos were expelled from Egypt in 1565 BC, the Egyptians regained control and established the “New Kingdom”. Thus, “there arose a new king over Egypt, who did not know Joseph” (Exo 1:8) and began to oppress Israel.